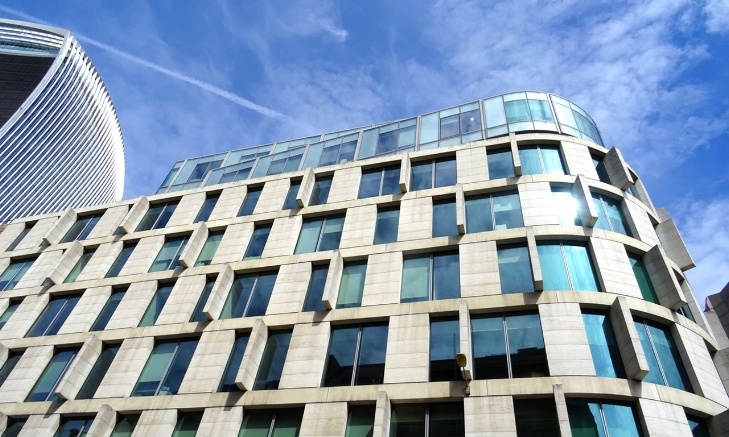 Privacy glass can be created simply by applying advanced frosted films. Instead of blocking the clarity of the entire window, the best films create opacity at specific angles: from above, below, center, left, and right.

In clustered environments like cities and office complexes, demands for privacy keep rising. While glass windows are immensely important for maintaining aesthetics and enabling building occupants to gain exposure to natural light, windows also present a challenge to privacy. One simple solution is to create privacy glass by applying a frosted window film. However, not all frosted window films are created equal.

Instead of blocking the clarity of an entire window, architects & building designers can now use advanced frosted films to only block the view from specific angles. These types of films can be used in professional buildings, government buildings, banks, retail outlets, residences and more to ensure both privacy and aesthetic appeal.

Through creativity and ingenuity, building designers can create numerous applications for their frosted window film. However, there are 4 main applications that are important to note:

1. Control the View from Above

Controlling the view from above isn’t only useful in offices and residences that are built below walking level. Buildings located in urban areas can be peered into from bridges and walkways that may be suspended above the window itself. Placing the opaque sections of these films at strategic angles can block the view from these angles.

Advanced frosted glass films can also protect interior spaces from UV rays without completely diminishing the luminescence of natural light. This makes them ideal for protecting office workers from the harsh sunlight of the early morning or afternoon. It can also help to protect objects that may become faded or damaged because of UV rays.

2. Control the View from Below

Imagine you’re walking down the street past a large office building covered in glass windows. If you look up into one of those glass windows, you’re likely to see people working at computers, talking on the phone, or having a meeting. This isn’t an uncommon occurrence in today’s congested urban environments. Without privacy glass, any interior environment that’s set behind large windows becomes an open book.

Frosted glass films that block window opacity from specific angles can be used to restrict views from below on the street. In a space that is level with the outside, this type of application can allow direct sunlight in while restricting the view at a lower level. Architects and building designers can choose films whose opaque sections are large or small.

3. Control the View from the Right or Left

This type of film can also create a unique illusion by blocking the view from the left, the right, or both. An individual moving past the glass would only be able to view the inside from a direct angle, allowing a scene to come into view as they move. This is especially useful for retail applications.

4. Restricting the View from the Center

Sometimes, privacy needs to be applied directly. Glass films can also control the view in the center of a window. This application is perfect for creating an interesting aesthetic but is especially useful for restricting the view from directly outside a window while also maintaining natural light.

Privacy Glass as an Alternative to Blinds and Curtains

All of these films can be applied both vertically and horizontally. Frosted window films are an ideal alternative to blinds and curtains, which force occupants to sacrifice natural light in order to obtain privacy. Blinds and curtains must also be cleaned and maintained periodically, whereas frosted glass can be washed with most window cleaning products.

Lintec of America, Inc. is a leading manufacturer in the field of adhesives. Lintec’s Digital Window Graphics product line introduces new materials which are compatible with today’s ink jet technologies. These materials can be used in windows and other glass applications to bring spaces to life and increase privacy and security. For more information about our products, don’t hesitate to contact us.