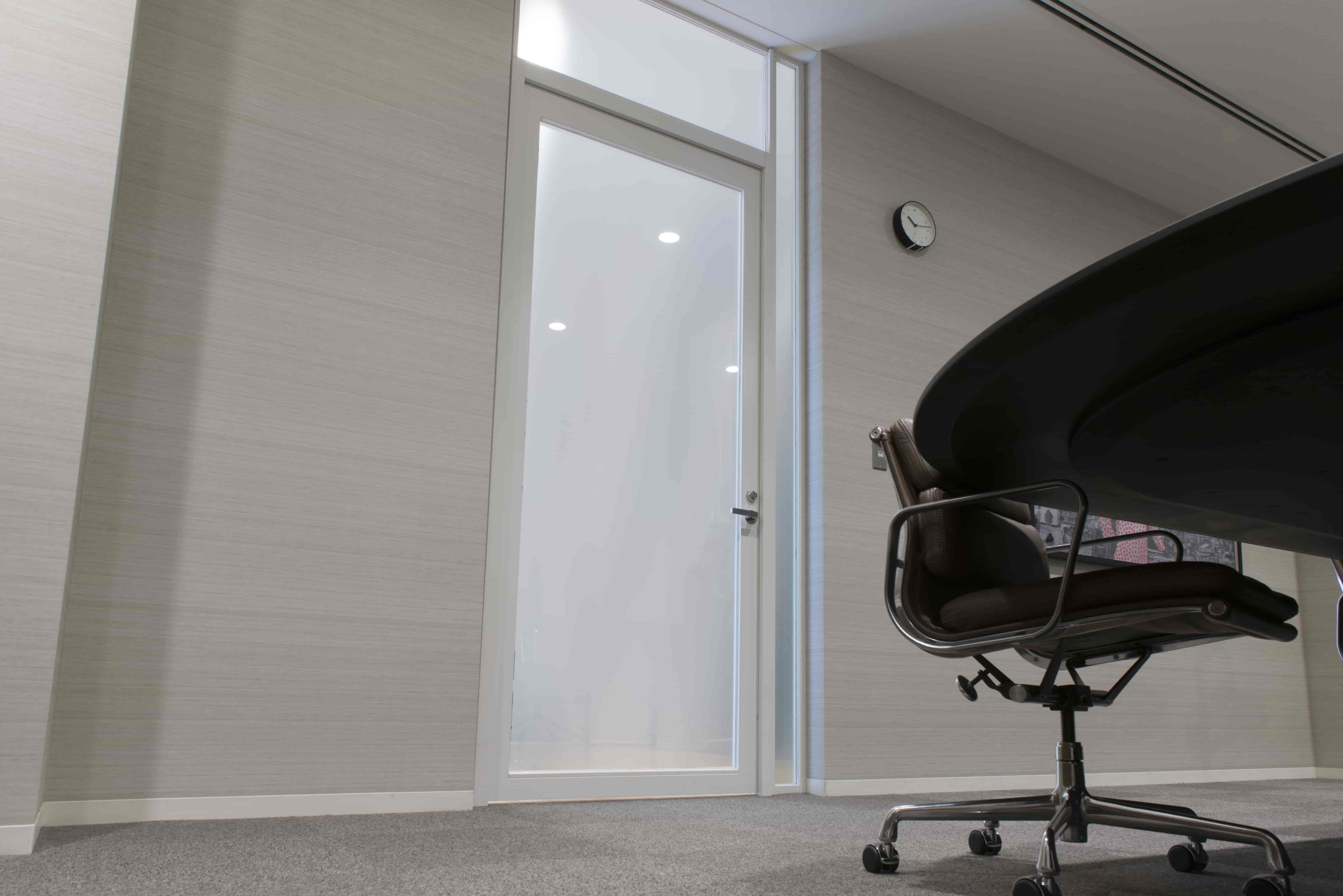 Frosted privacy window films aren’t just for windows. In open office environments, they can be placed on glass walls and dividers to help employees focus while maintaining a collaborative workspace.

One of the biggest trends in modern-day architecture the incorporation glass walls, doorways, and separators into corporate office buildings. This practice is common when architects design buildings in conjunction with other office trends, such as minimalism, daylighting, and open office formats.

While openness creates a more transparent and unified office environment, it also creates issues for privacy in the workplace. Privacy in the corporate world isn’t simply a security issue, it can also become a productivity issue. Open offices can lead to distractions and background noise. This interferes with focused work, such as writing, and interpersonal work, such as sales or customer service over the phone.

Research from the University of California, Irvine revealed that employees in open workstations receive 29% more interruptions than those in private offices. Nonetheless, open offices are becoming an important fixture in today’s world of business. With rent prices for offices reaching record highs, it’s impractical for most companies to provide all their employees with private offices.

In the past, cubicles were a means of creating semi-private workstations in an open office environment. But cubicles have long been berated for the sense of confinement they create. Many businesses now prefer open desks, workstations with glass dividers, and breakout rooms with glass walls. These films aren’t just for windows. Privacy films are perfect for conference rooms and other areas as a means of creating privacy in today’s office spaces.

These films can be decorative or practical. Some films, like LINTEC’s VisionControlFilm, can even block the view from specific angles. From one viewing angle, the film is optically clear. As the viewing angle changes, so does the opacity of the glass, until it appears fully frosted. This film can be applied to windows, glass walls, dividers, and separators in office environments.

The angle that is transparent and the angle that is opaque can be customized based on the way the film is printed and applied. Mainly, there are four privacy glass options for this window film. Architects and office designers can block the view from above, blow, left, or right, depending on the need.

Office sizes have shrunk by 30% over the past decade, according to Building Design & Construction. A 2016 study by Cornell University estimated that 70% of office spaces in the United States have open floor plans.

Companies have an incentive to cut costs by creating open floor plans. But opening their offices with glass can lead to other benefits. When they’re designed well, open offices can increase the amount of interactions employees have with one another, which can encourage collaboration.

Using glass instead of opaque walls can also encourage natural light to permeate the entire office. This reduces the silo effect of interior offices and closed workstations. Work Design Magazine reported that, of the quarter of a million employees surveyed in one study, 75.8% of employees stated that natural light was important to them in the workplace.

Frosted privacy window films can provide employees with the best of both worlds: privacy so they can focus on their work, and openness to encourage collaboration and exposure to natural light. As space continues to shrink, there will be more demand for privacy films for offices.