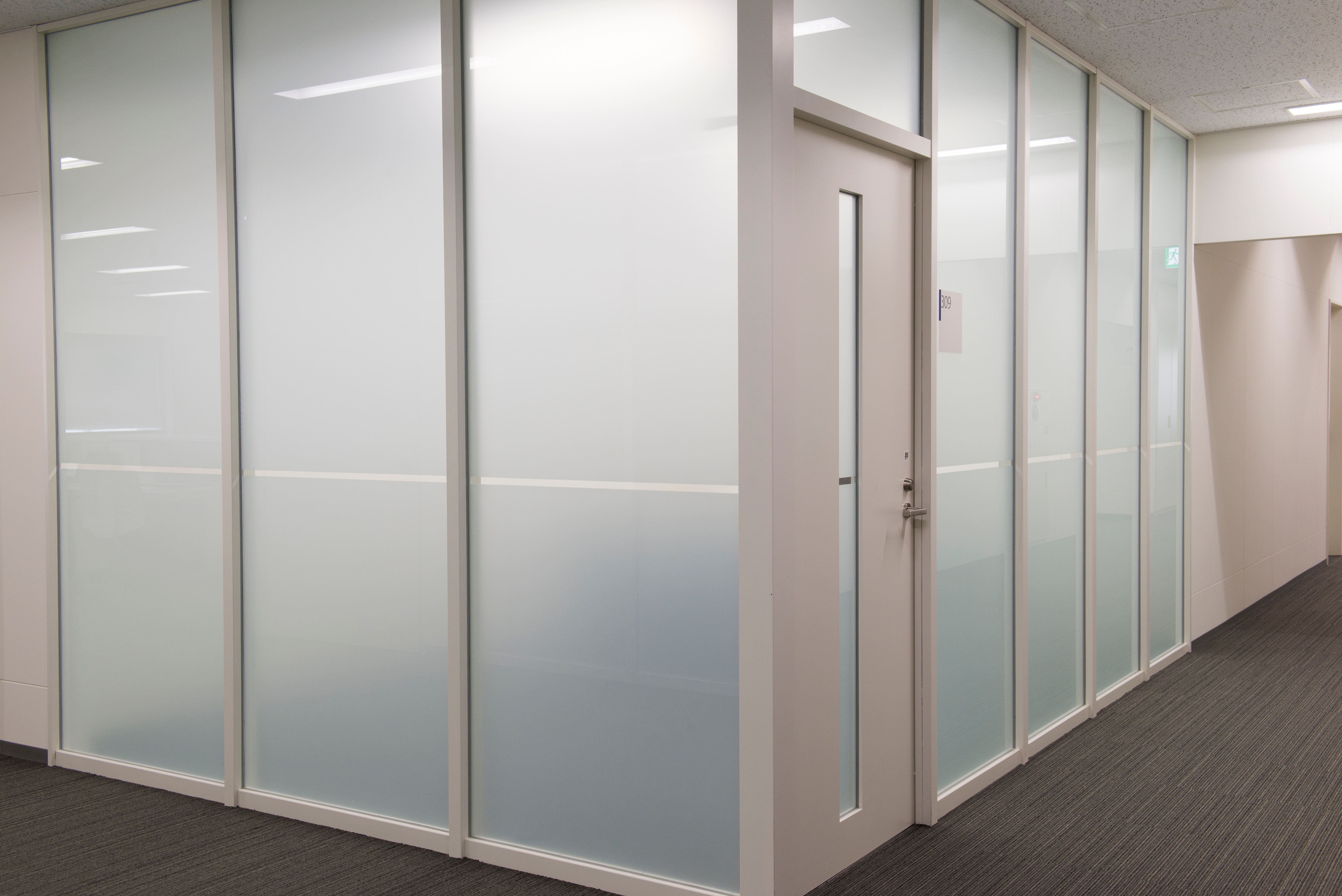 Privacy Films are Perfect for Conference Rooms and Workstations

Whether they’re meeting with clients or discussing their next big internal strategy, businesses rely on conference rooms to brainstorm, make decisions, and build strong working relationships. Workstations also play a large role in the productivity of an office, as employees rely on their design and function to maintain a strong workflow throughout the day. In fact, the way workstations are set up can directly impact the way a team collaborates.

Traditional office fixtures like cubicles and walled conference rooms are quickly being replaced by glass-walled conference rooms and open workstations. More and more, architects and building planners are answering the demand for more transparency in the office with one of the latest office trends: frosted privacy window films.

Not only are floor plans more open than ever, conference rooms, breakout rooms, and workstations are being separated not by solid walls but by glass walls and partitions.

There are many benefits to glass in the office. Natural light can transfer easily through the space. Employees feel less cut off from the rest of their team.

Nonetheless, there are some challenges. Glass walls and partitions don’t allow for much privacy, which can have an impact on productivity and attention. That’s why privacy films for offices are perfect for conference rooms and workstations. They can help to create privacy without sacrificing the benefits of glass.

Architects, designers, and stakeholders can select from a number of privacy films for conference rooms. For example, decorative privacy films can add beauty, style, and branding to a room. Businesses can incorporate their logo into their design, create signs and messages, or use a customized pattern to bring their space to life.

Frosted window films are also a great option for conference rooms. To enhance privacy, they can cover the entirety of the glass or only partially. Most frosted films simply obscure the view, but LINTEC’s VisionControlFilm only does so from specific angles. As the viewing angle changes, so does the opacity of the glass. VisionControlFilm provides privacy and ingenuity without sacrificing the transparency of the open office.

Like those for conference rooms, privacy films for workstations can come in many different colors and styles. They’re typically applied to glass screens and dividers to create a flow to the office or provide a small amount of privacy to each employee.

VisionControlFilm allows light to get through glass dividers but is opaque from certain angles to provide privacy. For example, the film could be optically clear when viewed from above but opaque or blurred at standing level. This will allow natural light to transmit freely while blocking the view of other people outside the workstation. It all depends on how the film is printed and applied.

Are you getting started on a new building project? If you’re working on an open office, consider incorporating privacy films into your design. It can be difficult for employees to focus when working in an open office, but LINTEC’s VisionControlFilm can be placed on glass windows, doors, walls, and other surfaces to increase privacy and encourage productivity.